When To Immediately Load an Immediate Implant 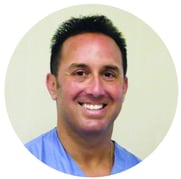 Diplomate, American Board of Periodontology

Temporizing immediate implants in the esthetic zone is quite common. Assuring safety and predictability is critical and decisionmaking regarding when to perform IIPP is critical. Achieving primary stability is a prerequisite for providing a provisional restoration at the time of implant placement. Many surgeons rely on measurable parameters to base their clinical decisions. Commonly, insertion torque value (ITV) is used to gauge how “stable” an implant is within the osteotomy. This is strictly a measurement of rotational stability. Another method of quantifying stability is resonance frequency analysis or RFA, which measures axial stability. This is measured with the Osstell devices and is delivered an implant stability quotient or ISQ score in a range of 0-100.

Interestingly, a subset of 13 patients received immediately provisionalized implants, with an average ITV of 23.2 Ncm and average ISQ of 69.4. Had the ITV been the sole criteria for immediate loading, and the value of 40 Ncm been arbitrarily chosen, only two of these 14 implants would have been considered “safe” to temporize at time of implant placement.

The ability for clinicians to determine which implants are able to successfully load/temporize at time of placement is critical. Techniques which objectively determine the stability of implants, and repeatable methods capable of gauging progression of digression of osseointegration are extremely valuable.

Tooth #11 required extraction and immediate replacement. Following flapless extraction, a 3.6mm x 13.0mm implant was placed with an insertion torque value of 20 Ncm. ISQ was recorded with a score of 66 with the Osstell device. The procedure was performed with a Dermal Apron Technique. The temporary restoration was out of occlusal contact with the antagonist, mandibular teeth and the patient was instructed to avoid function for 6 weeks in this area. At 10 weeks, the provisional crown was removed for follow-up ISQ measurements. The second value was ISQ of 73. This increase demonstrated enhanced secondary stability or osseointegration. The crown was restored and has been in function for over 4 years without complications. 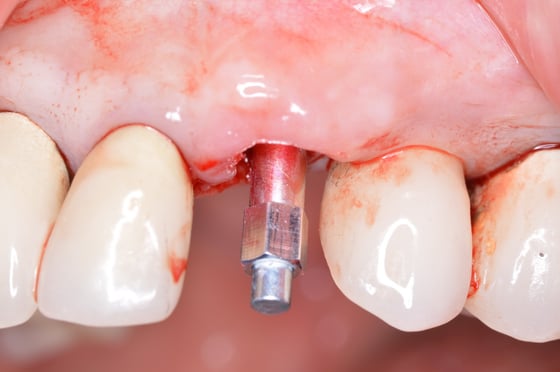 Initial ISQ of 66 at time of immediate placement 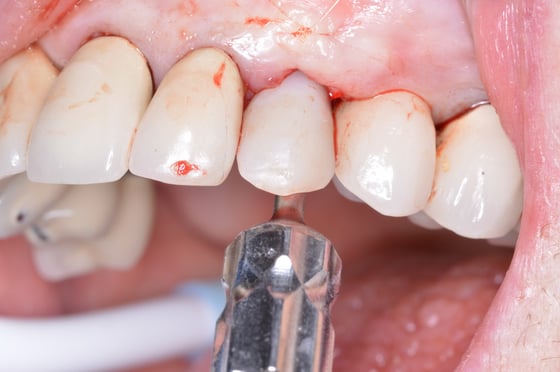 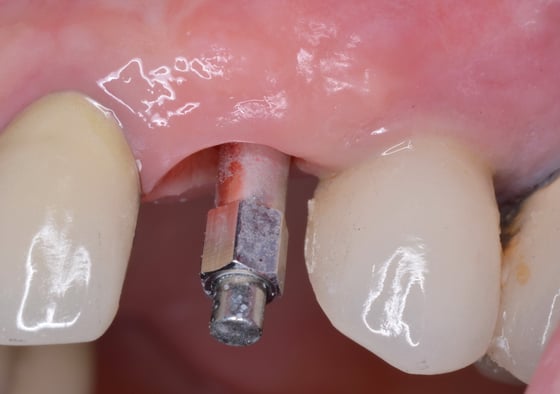 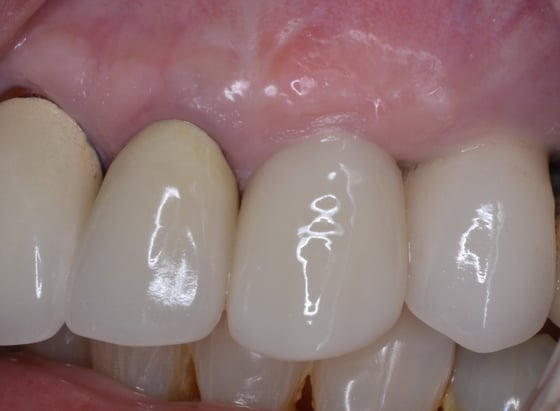 Barry P. Levin, D.M.D. is a Diplomate of The American Board of Periodontology. A graduate of Temple University School of Dental Medicine, he earned his certificate in Periodontics from the University of Maryland. Dr. Levin has been on staff at the University of Pennsylvania-Periodontal and Dental Implant Surgery Department since 1996. Dr. Levin publishes and lectures both nationally and internationally on topics pertaining to dental implantology and periodontics and has been involved in research pertaining to new and advanced dental implant designs and bone regenerative materials.